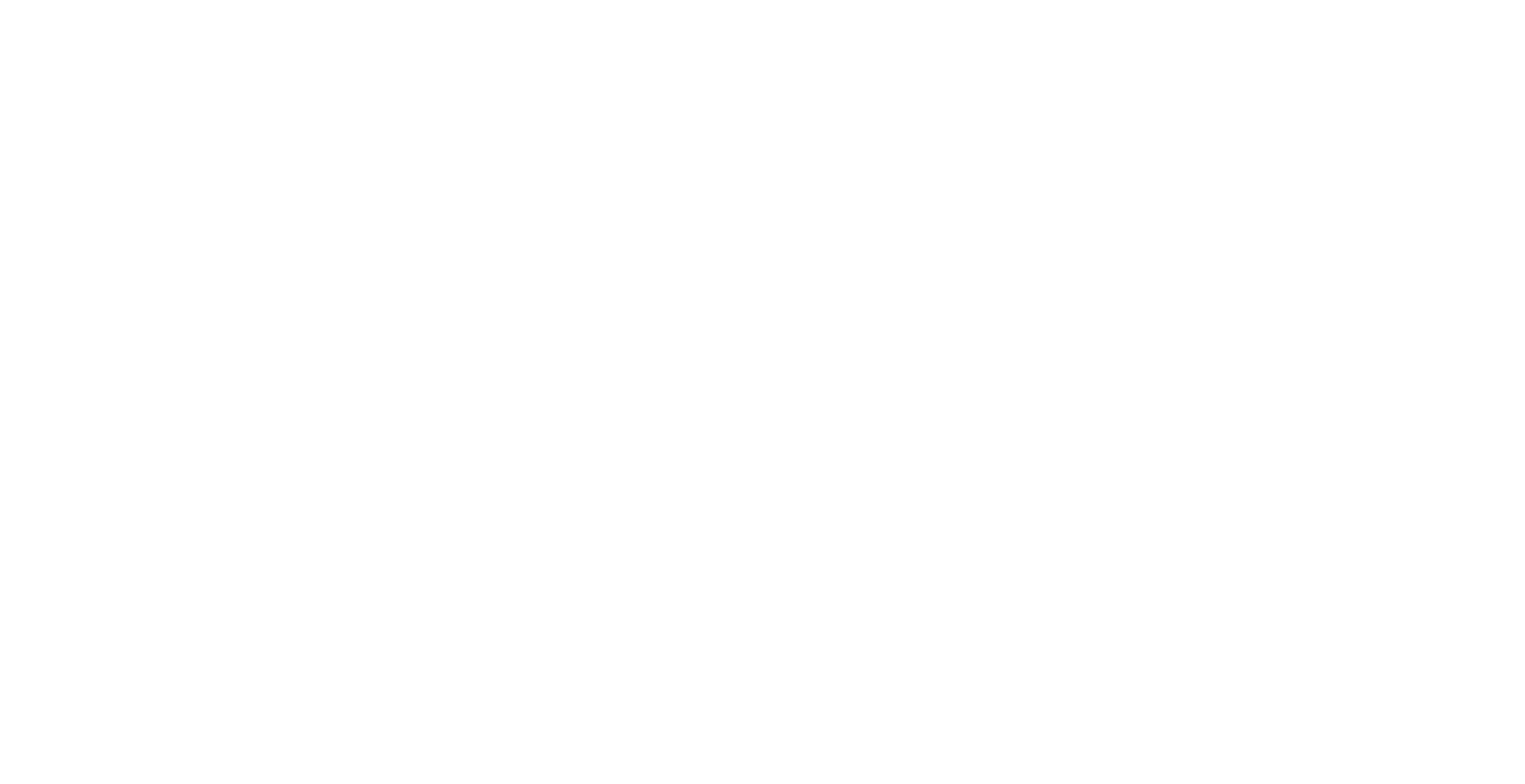 book your spot
ONLINE COURSE WITH BRUNO CAVERNA
Do you have any questions? Contact us!
The lessons will presented through 4 interconnected pillars: breathlessness reduction, CO2 tolerance, increase of oxygenation, nervous systems regulation
4 THEMES
50 EURO
ANY TIME
The cost of the full course with lesson recordings on the web platform
If you do not have time to be in class, you can take the course at any time convenient for you on the web platform
ONLINE
Classes take place
once a week on zoom
_
5, 12, 19, 26 February
17:00 - 18:30 CET
The course is suitable for those who mainly feels a normal healthy breathing pattern has been compromised for different reasons
OVERALL BENEFITS:
To learn about oneself in deeper layers by exploring the implications behind the feeling of breathlessness
2
Improvement of the overall life quality and an increased sense of well-being
1
Sharpening of the attention and mental concentration empowerment
3
Restoring inner calm by managing anxiety and existential fears
4
Cultivation of a more permanent meditative and resilient state of being
5
Enhance sleeping quality and energy levels during the awake state
6
Develop a stronger sense of self-confidence and inner-strength
7
Retrieving a sense of bodily lightness at the execution of daily physical activities
8
Boosting general physical performance
9
ABOUT PRACTICE
READ MORE
Dysfunctional breathing patterns have become endemic in modern lives. The act of breathing is the mother of all other vital bodily functions, regulated by the autonomic nervous system that takes place most of the time without our conscious participation. Curiously enough, at a certain point during our growing process our inherent ability to breathe normally gets compromised. The percentage of the adulthood population who displays some sort of breathing pattern disorder is simply astonishing. Few among us are nasal breathers, capable of preserving the natural endowed diaphragmatic breathing, a healthy cadence and an optimal breathing rate per minute.

In the past decades several studies have shown an intimate correlation between dysfunctional breathing patterns and many ailments. Actually, the sicker the person becomes, the stronger the feeling of breathlessness is likely to be experienced. This is particularly true for those who suffer from asthma, sleeping apnea, anxiety, panic attacks or lung damage from covid, just to mention a few.

Furthermore, behind the simplicity from each inhalation and exhalation, the breath holds an intricate complexity that travels through many spheres of the body-being. To observe attentively someone's breath is akin to having a glimpse of what is taking place on the body-mind and existential dimensions of the individual. In this vein, the breath may be regarded as an optimal entry to regulate and optimize countless expressions of the organism that have gone dysfunctional, ranging from tangible physiological disorders to other more abstract qualities such as existential fears, anxieties and distresses.

Вreath-Ability is a mentorship program inspired by the Buteyko Method, Freediving, Qi Gong and it is offered either as an individual format or as a dual process. The framework will be tailored and aligned to specific needs and wishes drawn from a thorough one-to-one evaluation. Ultimately we will target certain breathing patterns with its possible correlations to seemingly compromised functionalities as the groundwork, from which the breathwork shall be elaborated and sculpted.
THE PATHWAY
READ MORE
Understand the role of CO2
in the human biochemistry
Improve CO2 tolerance and functional breathing patterns
The physiological implications behind the breathlessness sensation
Balancing of the autonomic nervous system through coherent breathing
Assessment of mental states and health conditions through breathing-hold test
Importance of nasal and light breathing
Improvement of sleeping disorders, mental concentration and energy levels by developing more functional breathing patterns
BRUNO CAVERNA
Bruno Caverna is a pioneer in developing authentic multidisciplinary body-mind practices sustained by an embodied movement philosophy drawn from over 35 years of studying and immersing in various of disciplines such as Capoeira, Acrobatics, Contemporary Dance, Contact-improvisation, Taiji, Russian Systema, Watsu, Breathwork and Freediving. Still in 2012 Bruno created Play-Fight and Liquid-Body practices and in 2016 changed the focus of his professional perspective by founding Formless Arts. Since then Bruno has been organizing his own events, teaching training courses under the philosophy of Formless Arts which currently has a team of 10 people based in 6 countries. Bruno assiduously trains Systema, a Russian martial art, with his master Alexander Solovev. The meeting with Mr. Solovev has been revolutionary in deepening the inner and subtle arts. Bruno is also a Watsu practitioner and a freediver. Lately Bruno has been dedicating himself to the respiratory universe, becoming an instructor of the Buteyko breathing methods and the Oxygen Advantage, the decisive step towards the newest chapter.
READ MORE
FACILITATOR
Bruno Caverna is the founder of Formless Arts, a multidisciplinary platform with an educational and cultural nature, and is the creator of the Play-Fight and Liquid-Body practices that approach the mind-body relationship from an innovative perspective.
Since 1987 Caverna has been integrating in his life trajectory, personal and professional, knowledge of several disciplines starting with Capoeira, passing through Acrobatics, Contemporary Dance, Contact-improvisation, Chi-Kung, Russian Martial Arts and Freediving. As a young man Bruno began teaching capoeira in 1995 as a social project in partnership with Luiz Lopez at the Philippe Pinel psychiatric hospital in Rio de Janeiro. The highly challenging project induced Bruno and Luiz to a process of deconstructing the most conventional pedagogical methods of capoeira at the time, under a pressure to integrate and communicate through some body language to a mentally committed audience. From this urge to go beyond normality, his self-taught character and the realization that his life trajectory would be unusual is born.

After failed attempts to pursue an academic path, Bruno dropped out of 3 university courses to devote himself to his highest life purpose. In 2000 Caverna decides to follow an inner call and detaches from all his social commitments to explore the world in a nomadic style. As each new experience and opportunity unfolds only after 20 years, due to the pandemic crisis, Bruno decides to return to his homeland with his partner Marina Sekacheva, with whom he has been collaborating since 2015.

In these last 20 years of a ceaseless flow, Bruno has established his base in parts of the world: Amsterdam, Oslo, Berlin, Athens, Zurich, Brussels, Moscow and St. Petersburg. Bruno has been invited to give workshops at schools, festivals and recognized dance companies in over 35 countries communicating in 6 languages. As a teacher Bruno taught for the Impulstanz Festival, Ultima Vez-Wim Vandekeybus, Deltebre Festival, Kalamata International Dance Festival; Codarts Rotterdam, Circus School of Chalons en Champagne in France, just to mention a few. He has also participated in social projects such as the Oslo Penitentiary, the Norwegian Refugee Camp, the Psychiatric Clinic for Young People and People with Physical Disabilities in Belgium; and at an immigrant school in The Hague. As a choreographer he was invited to do choreographic research for the Norwegian National Ballet; he has choreographed for the Istanbul MDTist-Opera and the Oslo Dance Conservatory, and has been a guest choreographer for the contemporary children's dance company De Stilte in the Netherlands. Bruno was invited to be the artistic resident at the University of Stavanger in Norway in 2012.

Still in 2012 Bruno created Play-Fight and Liquid-Body practices and in 2016 changed the focus of his professional perspective by founding Formless Arts. Since then Bruno has been organizing his own events, teaching training courses under the philosophy of Formless Arts which currently has a team of 10 people based in 6 countries. Bruno assiduously trains Systema, a Russian martial art, with his master Alexander Solovev. The meeting with Mr. Solovev has been revolutionary in deepening the inner and subtle arts. Bruno is also a Watsu practitioner and a freediver. Lately Bruno has been dedicating himself to the respiratory universe, becoming an instructor of the Buteyko breathing methods and the Oxygen Advantage, the decisive step towards the newest chapter: Pulmonautas.

REGISTRATION
In you are interested in enrolling, please fill out the form below and we will contact you to send details about participation in Online Course. The personal data collected here will be exclusively used by Formless Arts and will not be shared with any individual or legal entity other than the organization of this event.